My name is Anton Freyr. I am a guide for Geo Travel and traveling for me is a lifestyle.

I have been lucky enough to spend most of my life traveling Iceland and last 9 years traveling as a profession. In these posts I will share with you some of the locations that I love to visit.  With both words and photos I will do my best to explain why. 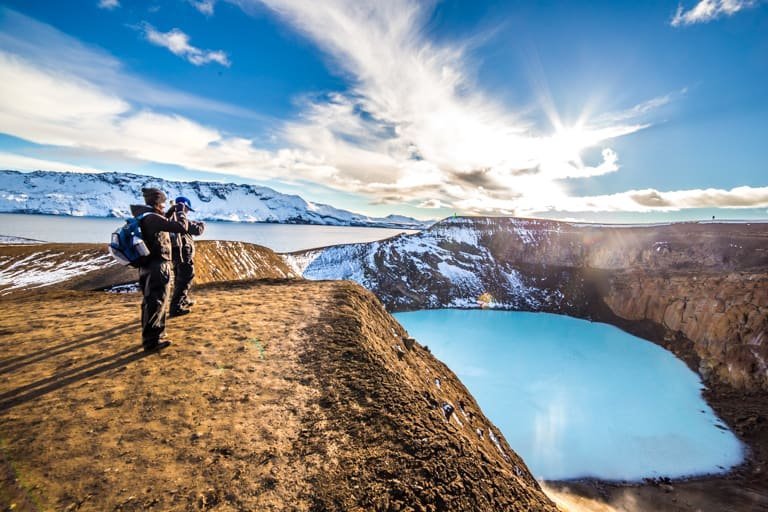 “At the edge of Askja Caldera, Looking over Víti Explosion Crater”

Askja is one of my favourite place to visit mostly because how incredibly overwhelming the location is. The Askja Caldera formed with contrasts of glaciers and volcanoes trough the ages is around 6km diameter. To stand in the middle of the caldera and wonder about the force it needed to form is overwhelming.  Askja has different influence on people but no one can leave the caldera with out being touched by it’s power. 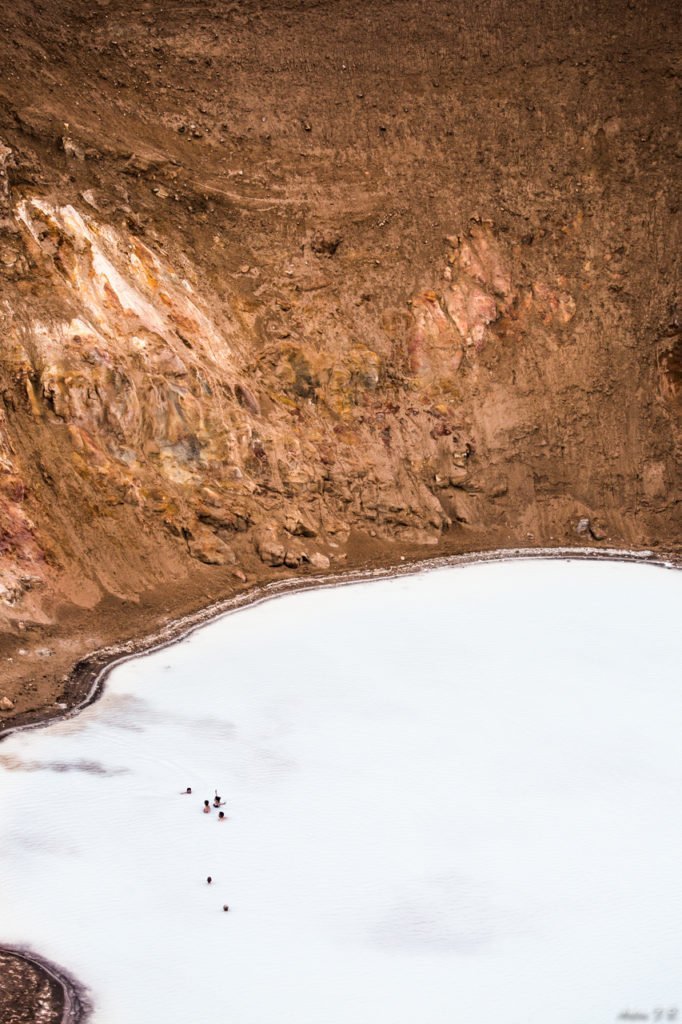 Bath in Víti in Askja

Bathing In Víti crater at Askja

Often people ask ” Is it possible to bath in Víti Crater at Askja ? ”

The answer: Yes & No

Like many other places in Iceland it depends on the conditions. Normally in early summer there is a bit to much snow within the crater. The snow causes a threat of an avalanche so often it is not safe to enter the crater util early-mid July.

Once the Snow is gone, you still have to get down the 30m high & steep path that leads down to the water. The path is muddy ( really muddy ) and some day’s when it is raining it becomes a total mess that few attempt.

However. Other day’s the weather is good, the tail is dry, and if it is not to windy the water can be over 24°C. Those are the day’s when you would like to be swimming in the crater. To swim in the middle of an active volcano. To bring the ears under the murky water and listen to the boiling craters deep within the volcano. This swim is an experience that you will never regret and never forget.

Bring your swim gear and towel, hope for the good conditions and if you are adventurous enough. Take the swim of your life.

Find your tour to Here

Our goal is to give travellers a memorable, enjoyable and educational tour, while ensuring that our groups minimise their impact on the delicate Icelandic natural environment.

Find out about our organisation, policies and our methods,